A Defra minister has admitted that Christmas dinner could be affected as millions of turkeys and other birds are culled amid avian flu outbreak.

Lord Benyon told the House of Lords that he could not guarantee the traditional turkey lunch would not be affected by the epidemic, but insisted there is no need to panic buy.

He sought to reassure the public that the UK has a 'resilient supply chain' that can cope with such an outbreak.

The international environment minister said: 'We are seeing increasing number of turkeys falling prey to this disease, but at the moment, the situation for Christmas turkeys is there or thereabouts OK.

'But I wouldn't like to predict, if it carried on at the current rate, there wouldn't be some impact.' 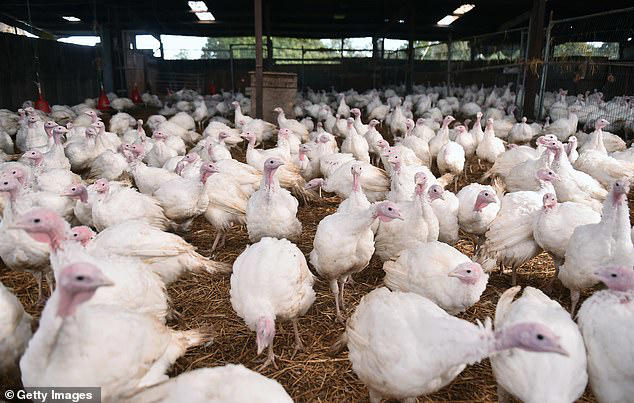 Farmers are killing their turkeys early and freezing them for Christmas so they don't catch avian flu - the virus has caused 3.5million turkeys to be culled in the UK this year© Provided by Daily Mail 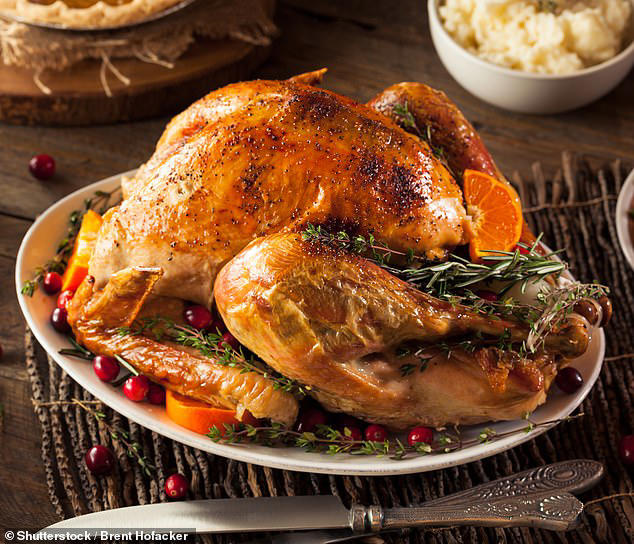 The UK produces roughly 11million turkeys every year, but almost a third of those have been culled due to the spread of the highly pathogenic H5N1 virus strain in 2022© Provided by Daily Mail 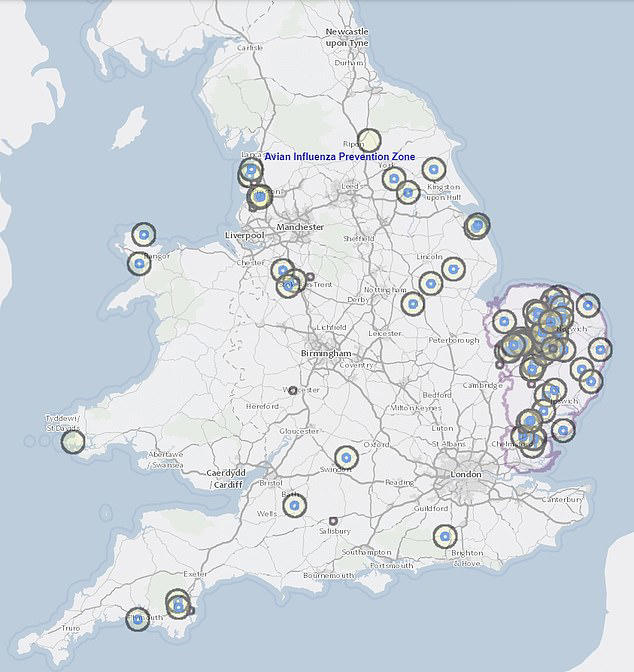 From November 7, all birdkeepers in Britain must follow strict measures by law to protect flocks from bird flu, including keeping free range birds in fenced areas and stringent biosecurity for staff on farms. The map shows the prevention zone (red), where mandatory housing is already in place (purple) and the areas under a 10km surveillance zone (yellow)© Provided by Daily Mail

He admitted that the sheer number of birds that have been culled or died 'can't not have an effect on the supply chain'.

That said, he emphasised: 'It is a resilient supply chain, there are alternatives that can come from elsewhere, but we want to make sure people are eating healthy, British-reared turkeys....

There's no need, there's absolutely no need for people to rush out and panic buy.

'This is a very resilient supply chain and we are talking to retailers and others regularly and keeping them informed as well.'

Baroness Hayman, who served as shadow Defra secretary from 2017 to 2019, also warned of the trouble ahead.

She said: 'We understand the outbreak has spread at a much faster rate this year and that we are six weeks ahead of where we were this time last year.

'Turkey and geese farmers have warned that if the situation is not resolved then we could face severe shortages over Christmas.'

The Government has taken several steps to tackle the UK's largest ever outbreak of avian influenza.

While they have focused on biosecurity, they are also now enforcing a housing order in England, where poultry are to be kept inside, from November 7.

They are also allowing farmers to slaughter their turkeys early, freeze and then defrost and sell as fresh later in the year, and are also offered farmers compensation from the outset of a planned cull instead of the end.

Bird flu outbreak: Everything you need to know

Bird flu is an infectious type of influenza that spreads among birds.

In rare cases, it can be transmitted to humans through close contact with a dead or alive infected bird.

This includes touching infected birds, their droppings or bedding. People can also catch bird flu if they kill or prepare infected poultry for eating.

As they cluster together to breed, the virus spreads rapidly and is then carried to other parts of the globe.

New strains tend to appear first in Asia, from where more than 60 species of shore birds, waders and waterfowl, including plovers, godwits and ducks, head off to Alaska to breed and mix with various migratory birds from theAmericas. Others go west and infect European species.

We have 77 guests and no members online