low breeding patterns coupled with a changing climate led to the extinction of the iconic Australian “thunderbird” over 40,000 years ago, a new study has suggested. 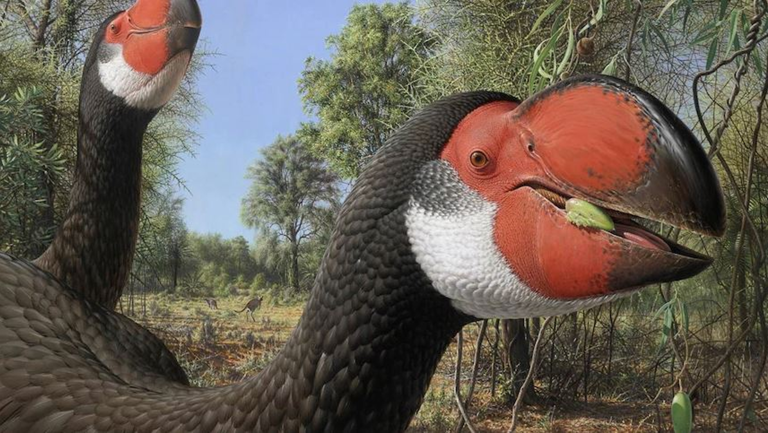 The research, published recently in the journal The Anatomical Record, assessed big bones from the extinct giant thunderbird or dromornithid, excavated in the northern reaches of the Flinders Ranges and near Alice Springs in Australia.

Scientists, including those from Flinders University, say the size and breeding cycle of these birds gradually changed over millennia, but they couldn’t keep pace with the climate and environmental changes happening around them.

“Sadly for these amazing animals, which already faced rising challenges of climate change as the interior of Australia became hotter and dryer, their breeding biology and size couldn’t match the more rapid breeding cycle of modern-day (smaller) emus to keep pace with these more demanding environmental conditions,” said professor Anusuya Chinsamy-Turan, from the University of Cape Town (UCT) in South Africa.

“We studied thin sections of the fossilised bones of these thunder birds under the microscope so that we could identify the biological signals recorded within. The microscopic structure of their bones gives us information about how long they took to reach adult size, when they reached sexual maturity, and we can even tell when the females were ovulating,” Dr Chinsamy-Turan said.

Scientists assessed the bones of the oldest and largest mihirung – the Aboriginal name for the bird – Dromornis stirtoni, which lived seven million years ago, stood up to 3m tall, and had a mass of up to 600kg.

They compared it with that of other mihirungs, through to be the smallest of flightless birds, Genyornis newtoni – the last species that lived alongside early emus.

Based on the research, they say Dromornis stirtoni – likely the largest bird ever to live on Earth – took a long time – possibly up to 15 years – to grow to its full size and to become sexually mature.

By the later era when Genyornis newtoni lived, scientists say the climate became much drier with increasing seasonal variation and unpredictable droughts.

These birds, they say, grew six times larger than modern-day emus with a body mass of about 240kg.

Scientists say dromornithids were contemporary with emus “for a very long time” before the final mihirung went extinct.

While fossil evidence of dromornithids suggests that their reproductive biology responded to ever-changing climate pressures and that they were breeding sooner than their ancestors did, researchers say the strategy of these birds did not approach the efficiency shown by large birds like emus living today.

Citing an example, scientists say emus grow to full adult size and breed within one to two years – a breeding strategy that allows their populations to rebound when favourable conditions return after periods of drought or food shortages.

“In the end, the mihirungs lost the evolutionary race, and an entire order of birds was lost from Australia, and the world,” Dr Worthy added.

We have 67 guests and no members online