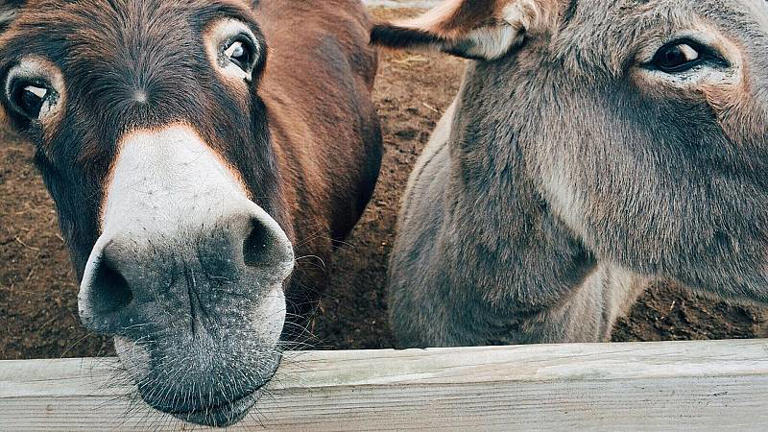 Nigeria relies on donkeys work animals - but they are threatened by trafficking.© Canva

Although the seizure of donkey genitals is rare, donkey skins are known to be frequently exported or smuggled to countries like China where the skins are used in traditional medicines.

This illegal trade is drastically diminishing the donkey population in Nigeria, where many rely on donkeys as work animals.

A total of 16 sacks of genitals were seized last week at the international airport in Lagos, Nigeria's largest city.

What's behind the illicit donkey-parts trade?

British charity The Donkey Sanctuary estimates that some 4.8 million donkeys are trafficked and killed each year for their skins. Many are used to produce ejiao - a traditional Chinese remedy.

In July, the Nigerian customs seized €114,000 worth of donkey skins being smuggled into the country from neighbouring Niger.

Attempts to curb the practice have included a 2021 proposal by senators to ban the killing of donkeys. This is yet to be passed into law.

"The major beneficiary in this trade is the donkey [skin] merchants in China," says Muhammad Datti, one of the federal lawmakers supporting the proposed ban.

"This animal is facing extinction [in Nigeria] and it cannot breed in large numbers because of the very low rate of fertility."

An investigation has been launched to find out more information about the seized items, according to the customs service.

Nigerian officials have seized thousands of donkey penises that were about to be exported to Hong Kong.

We have 186 guests and no members online